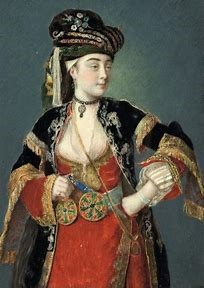 At the March meeting of the Edwinstowe Historical Society members learned about the contribution made by Lady Mary Wortley Montagu in the prevention of smallpox.

Lady Mary, née Lady Mary Pierrepont of Thoresby Hall was born at Holme Pierrepont Hall in 1689 and grew up at Thoresby Hall.   As a young woman she contracted smallpox which left her with disfiguring facial scars.

Mary avoided an arranged marriage by eloping with Edward Montagu, a Whig member of parliament, who was appointed Ambassador to Turkey, where they lived for a while. Mary had discovered the Turkish method of inoculation, or variolation, against smallpox during her travels in the Ottoman Empire and introduced engrafting, as she called it, to Britain in the 1720’s. She had her 5-year-old son inoculated by Embassy surgeon Charles Maitland in 1718, and during a smallpox epidemic in England in 1721 she had her daughter inoculated by Charles Maitland. This was the first such procedure performed in Britain. She met with great scepticism and resistance from the medical establishment. After experimental work, Dr Edward Jenner successfully vaccinated 8-year-old James Phipps with pus infected with cowpox.

When her relationship with her husband deteriorated Mary withdrew from life at the Royal Court.  She travelled extensively in Europe, and for many years lived in France and Italy.  Her husband died in 1761 and Mary returned to England in 1762 where she rented a house in Hanover Square, dying there from cancer, only seven months after her homecoming.