Bolsover Colliery Company set up a separate department attached to the St John’s Ambulance Brigade. The skilled ambulance men were readily available on each shift throughout the mine. All members were re-examined once a year. Thoresby Colliery had over 60 fully trained members during 1940’s. 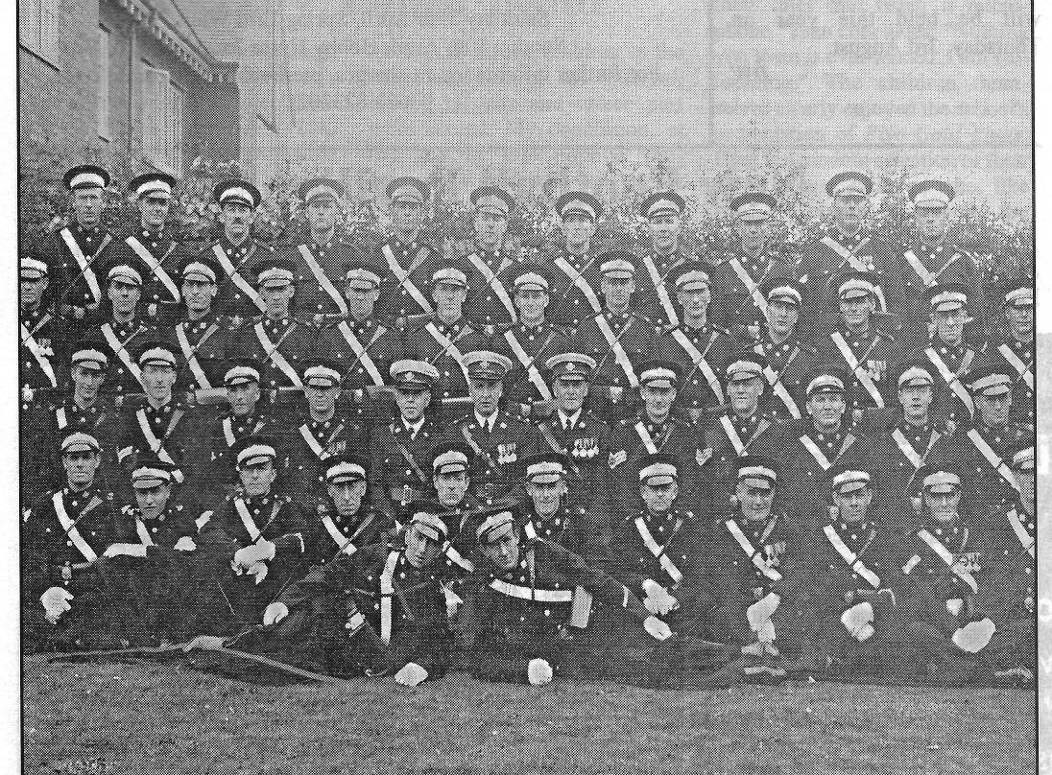 The Bolsover Colliery Company set up a separate department to deal with safety measures, and each colliery maintained a uniformed division attached to the St John Ambulance Brigade. The skilled ambulance men were readily available on each shift throughout the mine. 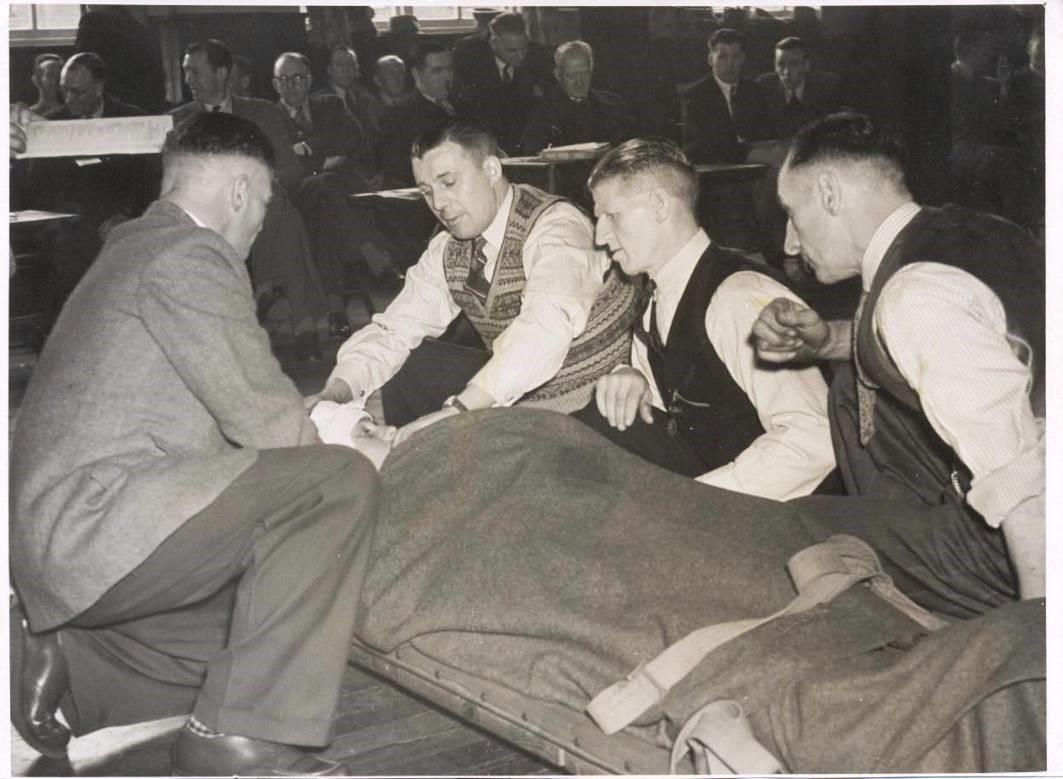 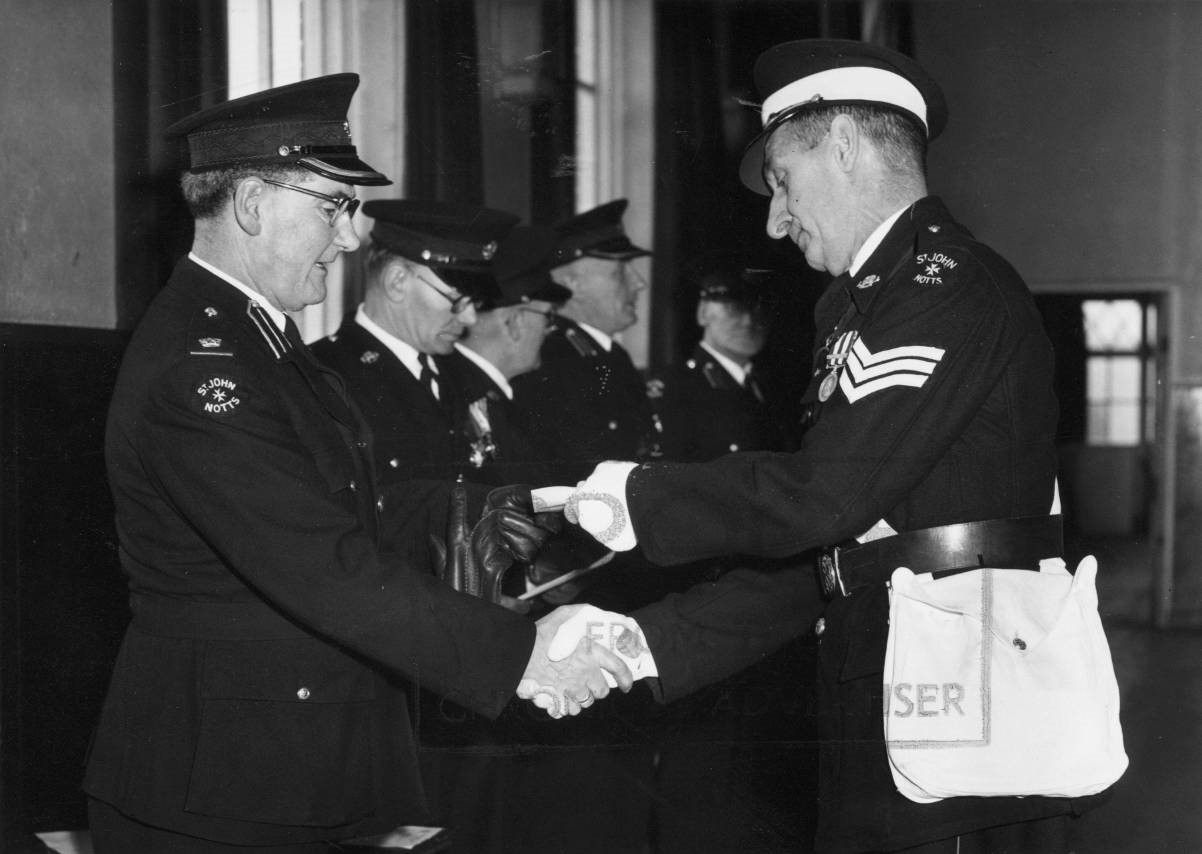 For many years the Company provided for employees sons and daughters who were members of the Boys and Girls Brigades and for the six Ambulance Divisions who were also attached to collieries to spend a week each year in a camp at the seaside.

The Company purchased a site at Rhyl, North Wales, and constructed a permanent camp which opened in the summer of 1936.

The site was a short distance from the sea front and the principal shops and Amusement Park. 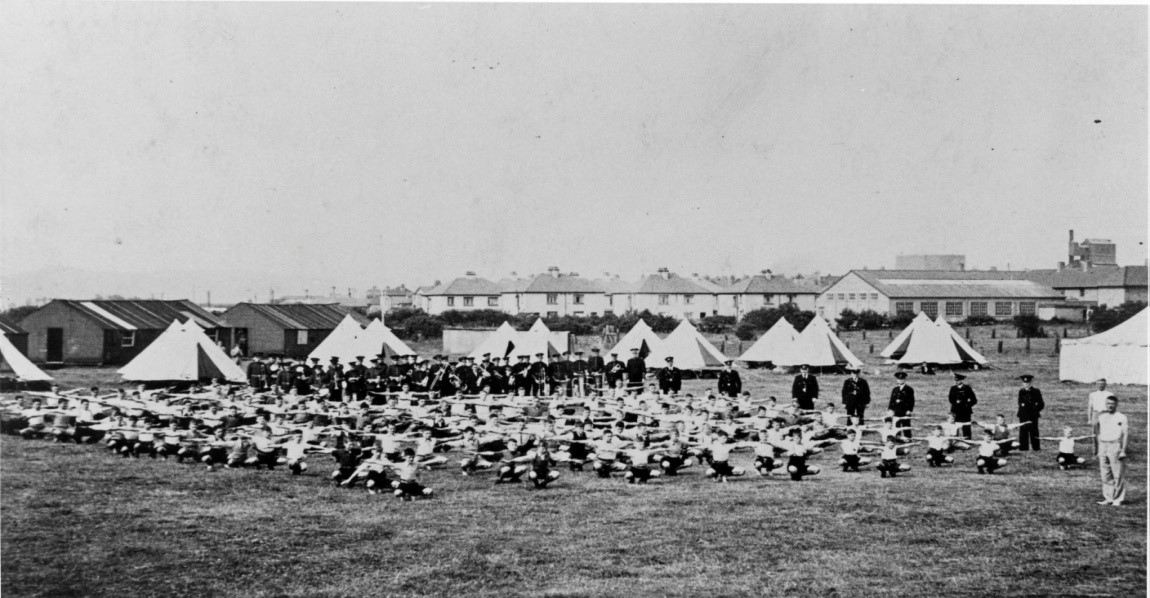 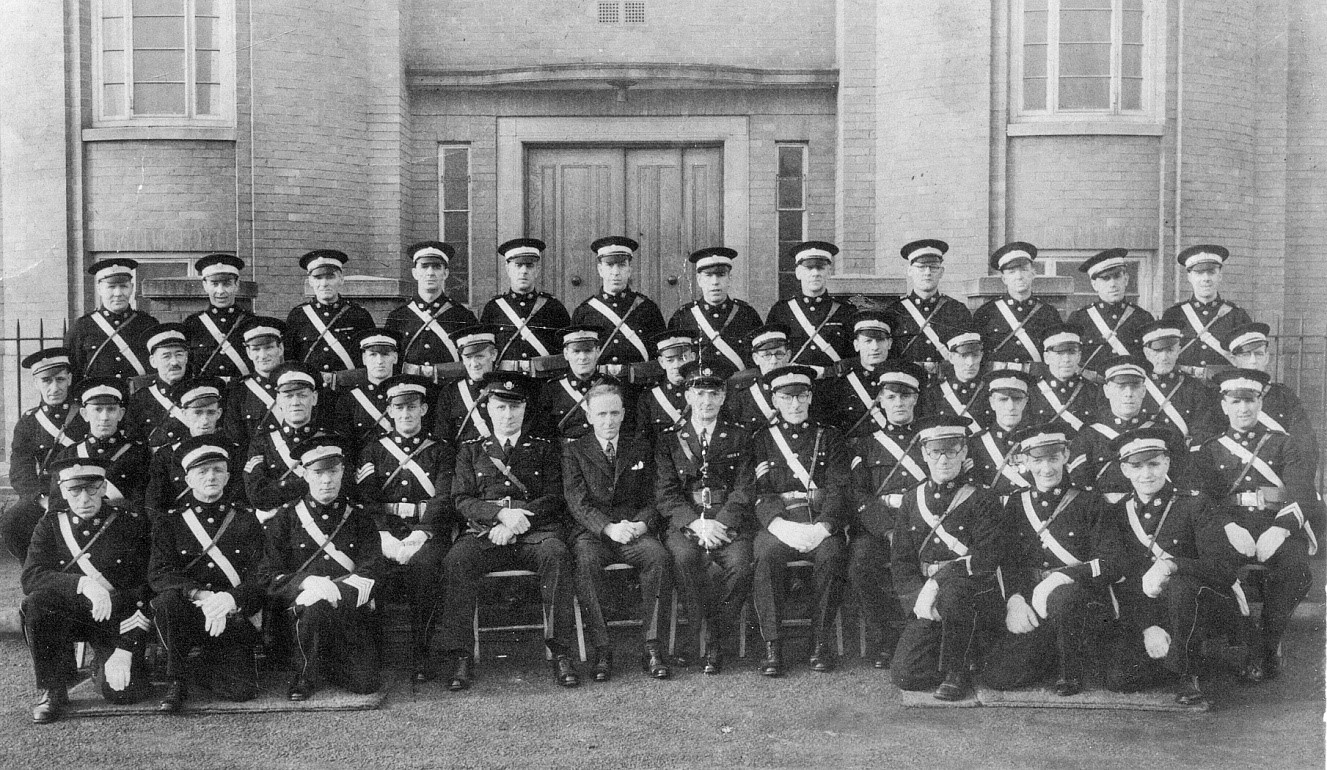 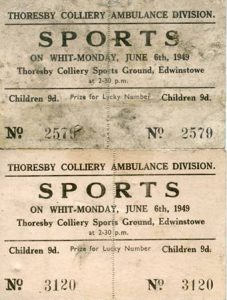 The boys section of the St John’s Ambulance Brigade –  It was taken in the early 1950’s. 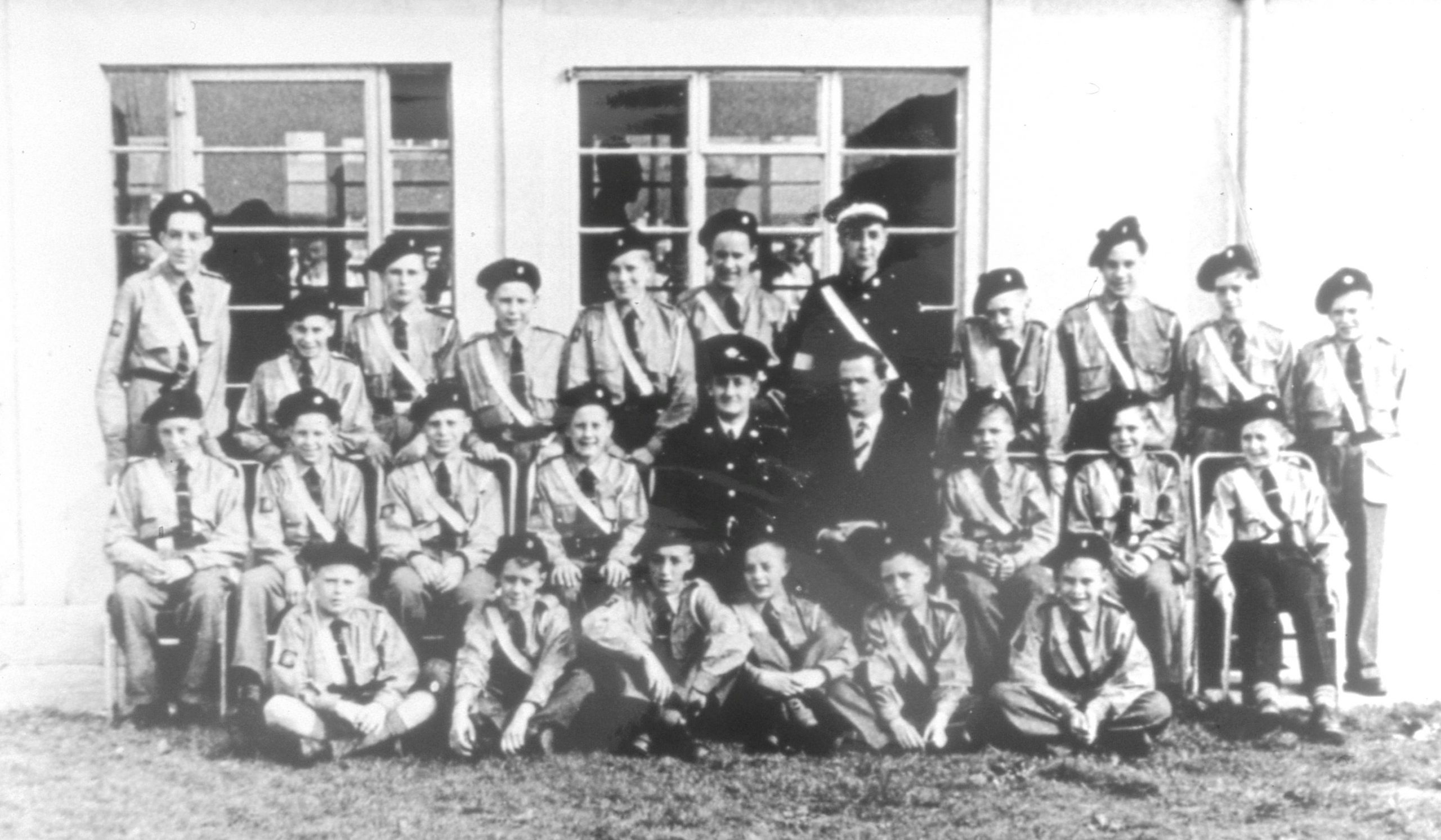 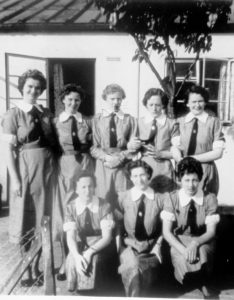 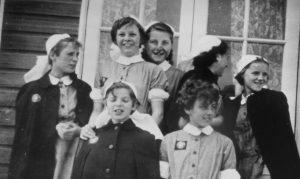 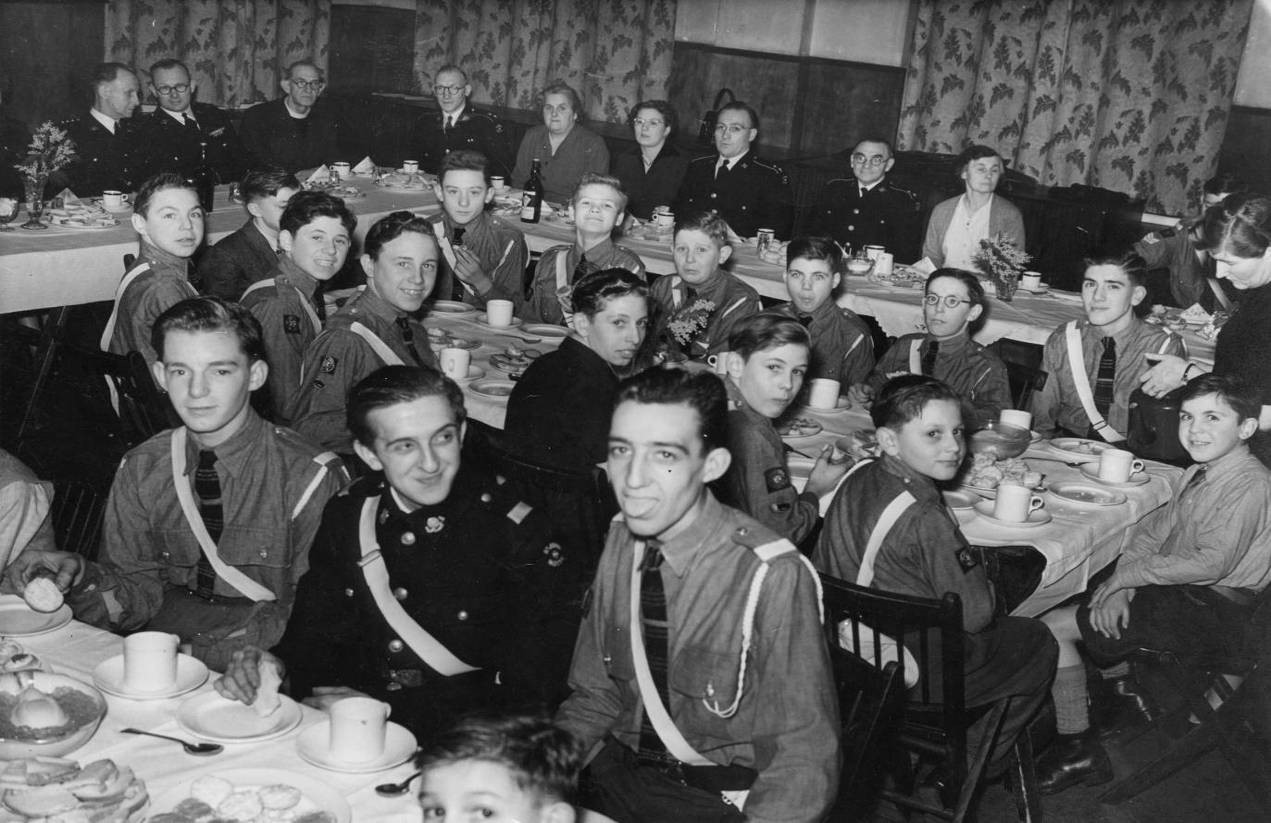 Ambulance Dinner in the Dukeries Hotel 1960 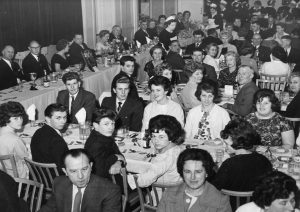 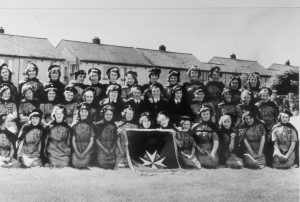 The photo was taken in May, 1960, when the cadets spent time at the camp in Rhyl. 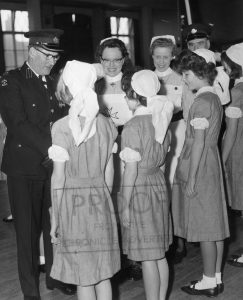 Royal visitor to Derbyshire on Sunday was Princess Margaret. the Commander in Chief of the St. John Ambulance and Nursing cadets, who flew in and out from the East Midlands Airport at Castle Donnington. The Princess was to have inspected many cadets at Bemrose School, Derby. The event was planned for the outdoors but because of the rain, the inspection was switched to classrooms. She met members of the Order of St. John Association from Britain and overseas and led the cadets in their promises and enrolment ceremony, which was conducted by the Bishop of Derby, the Rt. Rev. Geoffrey Allen. The Duke arrived at the airport in a Hawker Siddeley Andover of the Queens Flight and was met by the Lord Lieutenant of Leicestershire. Col. R. St. G. Martin. After presentations of members of the consortium which operates the airport the Duke unveiled a plaque at the entrance to the main concourse and was taken on a tour of the airport buildings. His visit last only 30 minutes. 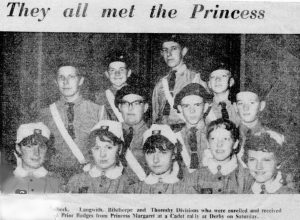 Elizabeth Wright, of Edwinstowe Ambulance Cadets had been chosen to represent her Brigade. An honour, well deserved. Although Elizabeth didn’t follow a nursing career, her training must have stood her in good stead because she had been a First Aider at work, and has been a First Responder with the Yorkshire Ambulance Service for the past 11 years. 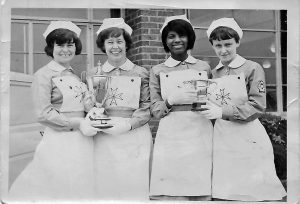 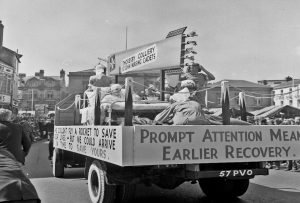 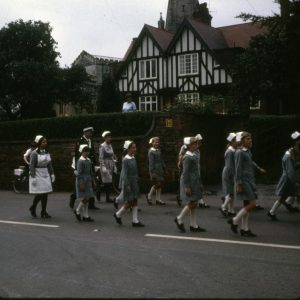 Area St John’s Ambulance review at Edwinstowe next to King Edwin School. The School Canteen is visible in the picture April 1981. 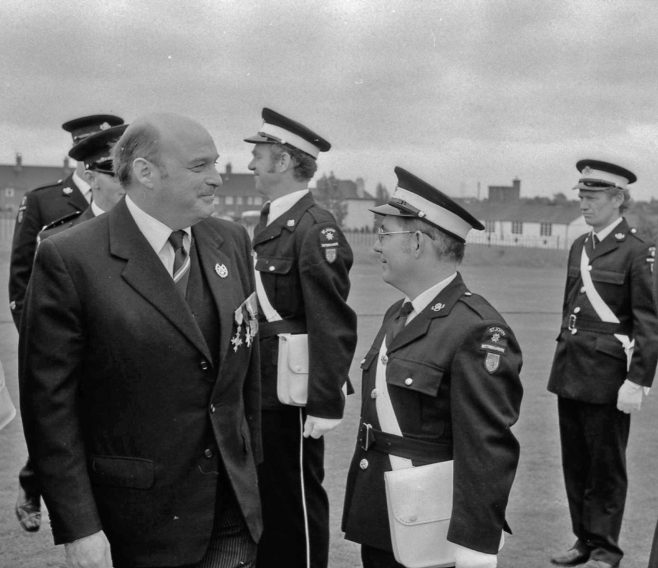 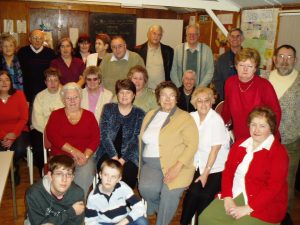 Members and former members of the Thoresby Colliery St John Ambulance Division are pictured at a reunion to celebrate 75 years of first aid in Edwinstowe. The formation of a division of St John was encouraged by the Bolsover Colliery Company in each of its colliery villages. The Thoresby Colliery Division met weekly in the Welfare Hall and members were instructed in first aid by experienced officers and local doctors. They were thus prepared to administer emergency treatment at the colliery pending the arrival of a doctor. Uniformed members were also present at village functions, including attendance at the Saturday night dances, and were prominent on the annual pit-trip trains to and from Skegness. There was an annual camp, under canvas, in the grounds of Scarborough

Castle. In 1939 a permanent site at Rhyl, North Wales was purchased.