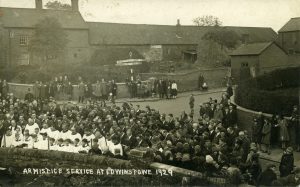 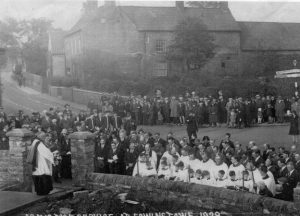 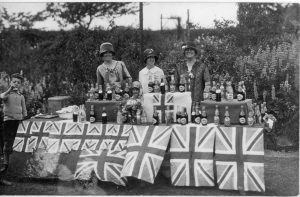 British Legion at the Old Vicarage 1929 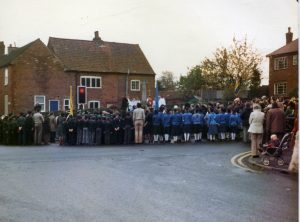 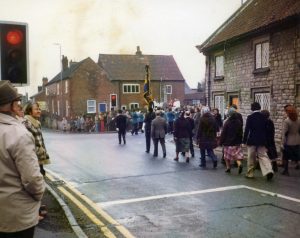 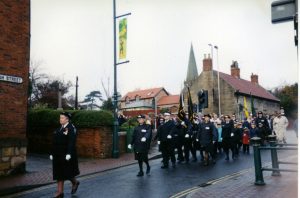 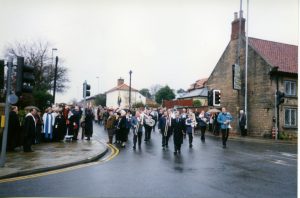 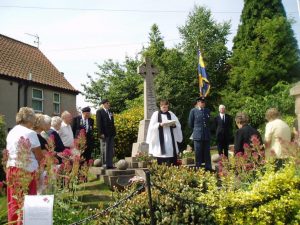 It was with great pride that the Edwinstowe Flower Club, along with the NAFAS and the War Memorial Trust,  marked the special and poignant 90th Anniversary, of the Battle of the Somme. Flower Club President Doreen Kerfoot and Chairman Ann Finney, laid the tribute to the fallen. A bar of red poppies was placed in front of the tribute. Members of the Royal British Legion, the Rev. Alistair Littlewood, and members of the Flower Club and the general  public attended. Afterwards many drove to Budby where they were joined by two residents and a wreath was laid on their memorial, too. 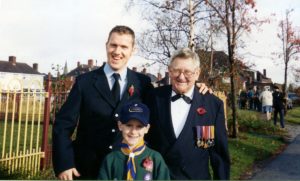 Sunday 12th Nov 2017, was a bright but chilly Autumn morning, as over 170 people from groups or residents, gathered in Edwinstowe village for a march to St. Mary’s Church for a fitting and poignant service delivered by Lay Minister Greg Abbott.

At around 10:45, the march re-formed and moved on in column led by the Thoresby Colliery band and made up of Royal British Legion members, the Dukeries Academy Combine Cadet force, Guides, Scouts, Cubs, Brownies, Rainbows and other groups from the village. At the War Memorial garden, Greg Abbott read the Roll of Honour and Phil Jones delivered the Homage before a two-minute silence at 11am. This was followed by the laying of many wreaths before the march got underway again under the direction of the Parade Marshall Cadet Sgt. Major Ewen Lees, with the Royal British Legion (RBL) Standard borne by Cadet Sgt. Zak Higgins. The parade moved along the High Street where the salute was taken by the RBL  Edwinstowe President Sir David Naish, the Deputy Lieutenant, before arriving back at the start point on Mansfield Road a little after 11:30. This event produced an outstanding presence, from over 300 in the congregation at St. Mary’s where, once again, it was ‘standing room only’ and over 500 gathered at the Memorial Garden, with others viewing along the route of the march. The RBL is grateful to all of those who attended, and especially to the volunteers who positioned along the route to provide road traffic marshalling.                                               P. Jones