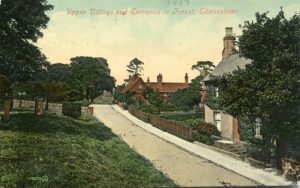 The Upper Village – Church Street and Entrance to the Forest

Edward V. Bond, Vicar of Edwinstowe, published his ’Notes on the History of Edwinstowe and its Parish Church’ in 1913. He says that in ancient times Edwinstowe ‘’towne’’, as it was then called, was divided into two portions. The southern or lower portion was called Edwinstowe ‘’by the water’’ meaning near the River Maun. The northern or upper part was Edwinstowe ‘’on the hill’’
His Notes also tell us that members of the family of ‘’Edenstowe’’ were named after the part of the village in which they lived. In 1327, William, son Ralph-of-the-Hill of Edenstowe is said to have resided where Edwinstowe Hall now stands.
Another member of the family, John Bi-the-Water of Edenstowe, in about 1320, lived where Edwinstowe House now stands. He is thought to have been the father of the historic Edwinstowe family of the early part of the14th century. He was the King’s verderer for Sherwood and retired due to ill health in1326. In 1342, Sir Henry Edenstowe and his brother Robert, sons of John Bi-the-Water endowed the double chantry which forms the large south aisle of the church. The chapel is dedicated to Our Lady and Saint Margaret of Antioch.
Read more on this site under Local History / religion, also / education. 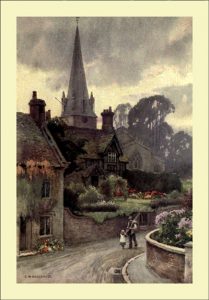 View from the crossroads up towards the forest

Edwinstowe Hall is a grade II listed building. Part of the Hall is early 18th century. The hipped roof and pedimented dormer windows are typical of that era.
At that time, the Hall belonged to the Countess of Scarborough.

Other parts date from the mid-18th century, e.g. a rainwater head dated 1757.
Pevsner mentions the magnificent two storey dining room of 1751.The ceiling is rococo in style with cherubs in low relief on the central panel. 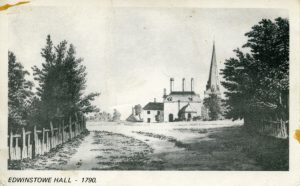 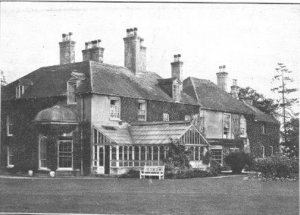 The Hall was sold to the Bolsover Colliery Company in 1929. It provided facilities for organisations such as the Boys’ and Girls’ Brigades (sponsored by the Company), residential outings for the young people from the seven colliery villages owned by the Company.
In the 1960s, the property was owned by Mr. Howis, an archery manufacturer.
Later, under the ownership of Nottinghamshire County Council, it became a Children’s home.
It is to become a private residence again.

The High Street and Church Street run from left to right in the picture. Ollerton Road runs from the bottom margin to the crossroads where the road continues as Mansfield Road. 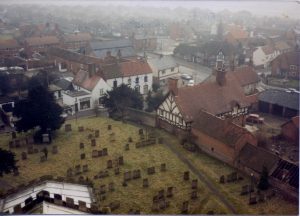 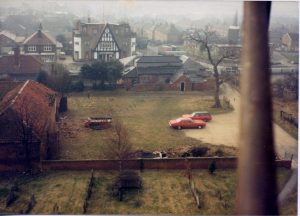 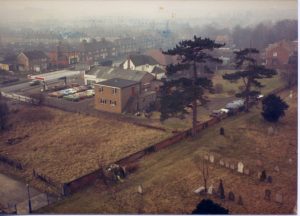 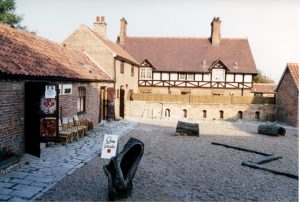 The Old Vicarage 18th & 19th century before it was demolished.

The church was undergoing repairs to the steeple and weather vane. A lightning conductor was also being installed.
The Manor House (Church Street) is one of the oldest houses in the village. Manor Farm, Edwinstowe did not have a resident local Lord of the Manor. It is thought that it was built for the Lord of the Manor’s Agent. The upper storey and the Tudor style frontage were added 150 years later. When more recent restorations were undertaken workmen found a very old well in the grounds. It was excavated and photographed before being filled in for safety reasons. 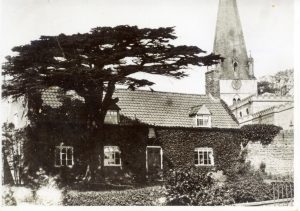 The Manor House before the alterations The cottages shown above are 18th century. The more recent photograph below shows the end of the row which was a wheelwright’s, joiner’s workshop and builders. It is still owned by the same family. 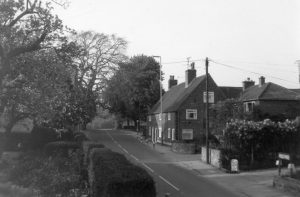 This shows The Wheelwrights and the entrance to Maid Marian Restaurant (now Launay’s on bottom right).

Other cottages, including Forest Lodge were built about the same date as Sherwood Villa, during an apparent building boom. 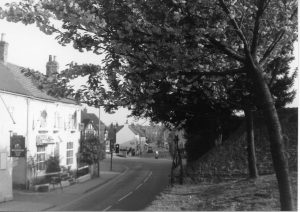 Church Street from the churchyard 1987

Forest Lodge is opposite and the crossroads of Mansfield Road going west, Ollerton Road going east and the High Street going south. 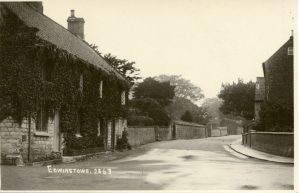 Church Street from the crossroads c.1900

These cottages were built in1875 in the ‘’olde worlde’’ style favoured by the Victorians. It is thought these were originally thatched because of the roof shape. Ver old ovens of a large size were inside the end cottage a number of years ago and these may have been the old bakeries as Joseph Else baker lived there. 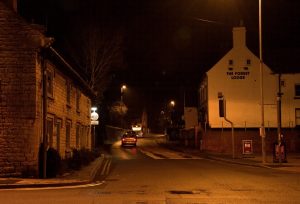 To the north of Edwinstowe Hall is the cricket pitch and Sherwood Forest with its visitor centre. Edwinstowe Cricket Ground and Pavilion from the Forest n.d. 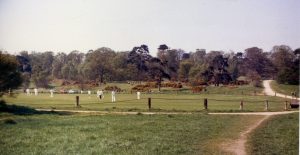 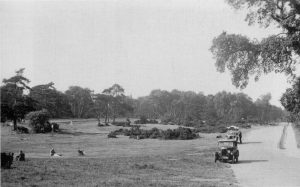 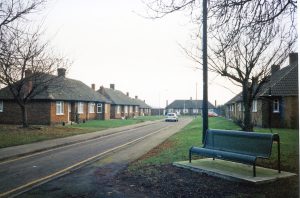 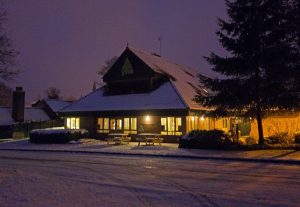 A Post Windmill possibly sited on Mansfield Road – Photograph taken by R W Appleby of Edwinstowe. It was taken down in 1900. 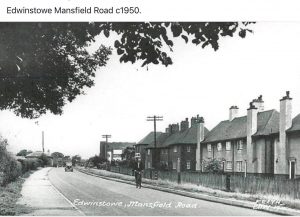 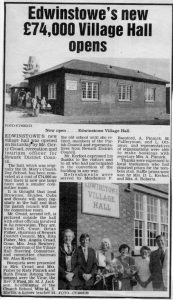