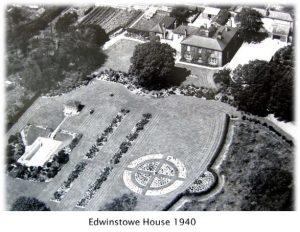 Diana Fassino has sent to Acorn a picture of Edwinstowe House as it was in 1940, showing the house standing in the beautiful grounds.

Sir William Boothby built this house for his family in 1768, and lived there until he inherited and moved to the family estate near Ashover, Derbyshire. He died there in 1787 and there is a memorial in the church with the family history, 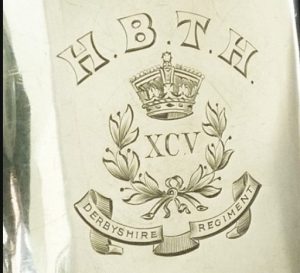 Solid silver cigarette case presented to 2nd Lieutenant (Later Major) Hugh B. T. Hume by his parents as a parting gift when leaving for the Boar War in 1902.

Captain & Mrs. Hugh Hume on their wedding day at Edwinstowe. 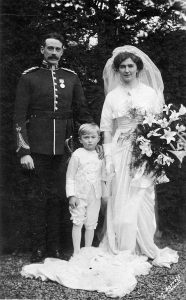 In 1914, he was invalided home from France suffering from an internal complaint. He had been posted to India, just after his wedding to Miss. Muriel Wright of Edwinstowe House. A few weeks later he had been conscripted to the Western Front.  He returned to Edwinstowe House to recover.

He was mentioned in the 1919 Birthday Honours list appointments by King George V. 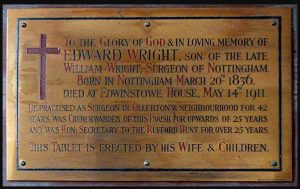 History of Edwinstowe from the Woodhead Group – Margaret Woodhead