End of an Era at Edwinstowe House

The departure of the remaining British Coal staff from EDWINSTOWE HOUSE at the end January 1995 marked the end of an era stretching back nearly half a century. The nationalization of the coal mining industry in 1947 wrought many changes in the lives and fortunes of the people connected with the industry and no-where was this more in evidence than in the beautiful village of Edwinstowe, nestling in the boundaries of the world-famous Sherwood Forest.

It was entirely appropriate that the National Coal Board should choose this sylvan setting for the location of the headquarters of their premier area, with a local colliery. Thoresby, queen pit of    Europe only a stone through away. 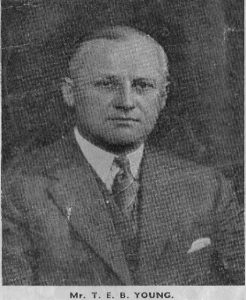 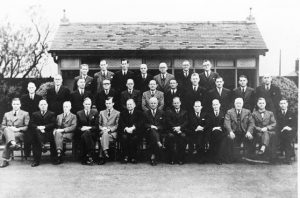 The house was formerly the home of Mr. T.E.B. Young (later Sir Eric) and his family, Managing Director of the Bolsover Colliery Company, who was appointed at the onset of nationalization to be National Board Member responsible for Production. 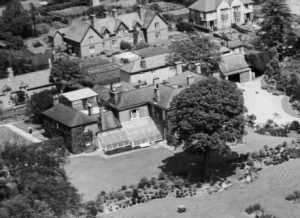 The Area was identified as the No 3 (Edwinstowe) Area of the No 5 (East Midlands) Division of the Board, and comprised nine collieries – Bilsthorpe, Blidworth, Clipstone, Harworth, Mansfield, Ollerton, Rufford, Thoresby, and Welbeck.

From a comfortable large country residence, Edwinstowe House was transformed into a business building complete with wooden huts to accommodate the staff required to run an important sector of national enterprise.

A nucleus of staff was provided by the former headquarters employees from Bolsover Colliery Company, who were transported from Bolsover and Chesterfield , by coach each working day for many years.

Edwinstowe village was affected significantly, both demographically and economically, by the headquarters, since many staff, attracted by the pleasant ambiance of the village came to reside locally, and commuters – especially married ladies – did their shopping in the lunch hour, bringing added prosperity to the village. The headquarters also provided work opportunities for village people, both in the offices and ancillary duties such as cleaning and canteen work.

Of necessity, the dynamic and extractive nature of the industry meant that things could not continue as they were for long, and in 1950 No 2 Area HQ was closed, and the oversight of its collieries distributed among surrounding areas.

Consequently, Sherwood, Shirebrook and Warsop Collieries were welcomed into the community of collieries in No 3 Area. In addition, a new colliery at Bevercotes was sunk in 1952, making thirteen pits altogether.

In this period, staff numbers were increased to deal with the technical progress as the Board sought to improve its operational efficiency.

In 1956 the stables at the rear of Edwinstowe House were demolished and an extension was built with an entrance off West Lane. 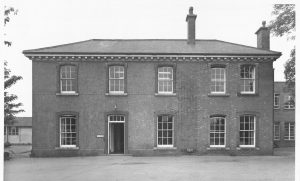 A further change occurred in 1967, when the Divisional tier of the management was            abolished and the Areas were rationalized. 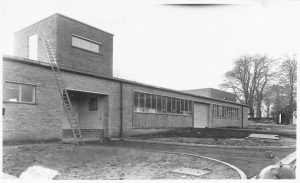 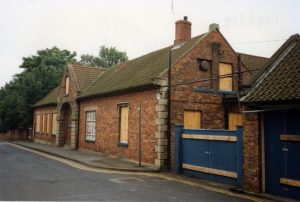 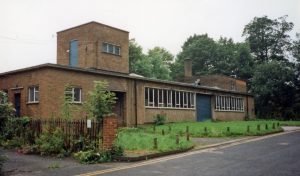 N.C.B Laboratory and Coal Sampling Building Forest Corner employed a staff of 70 who were later moved to Mansfield Woodhouse.

The area then became known as the North Nottinghamshire Area, responsible for 15 collieries. This stretched to the limit accommodation at Edwinstowe House the influx of additional staff brought yet further prosperity to the village.

In the early 1970s plans were made to replace the temporary wooden huts, with a permanent brick structure, and these new offices opened in 1975. 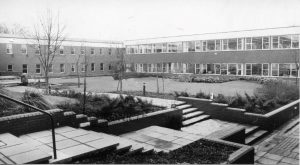 Rapid changes took place in the management organization of the industry following the N.U.M national dispute in 1984 and the subsequent colliery closures. In 1987 Edwinstowe House became the Group Headquarters for the whole of Nottinghamshire, covering 23 collieries. With the transfer of certain functions and responsibilities to colliery level and continuing colliery closures, staff number at Edwinstowe House diminished gradually, until the privatization of the industry in 1994.

Many people will view with sadness the loss of the Headquarters at Edwinstowe House, but many will recall with fondness the happier times enjoyed in the last 50 years. 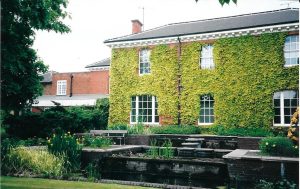 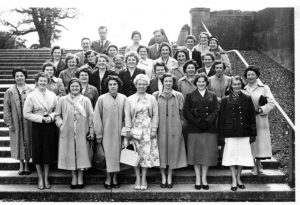 NCB Staff on an outing to Trentham Gardens.  1958