Frank was born in Bulwell in 1928, and moved to Edwinstowe at an early age when his
father found employment at the newly opened Thoresby Colliery. He attended Edwinstowe
County Council School and the Mansfield College of Art.
He started work at Thoresby Colliery, gaining surveyor’s qualifications, before becoming
Head Surveyor in his early twenties. His next move took him to the Planning Department at
the National Coal Board’s No. 3 Area Headquarters in Edwinstowe.
After leaving the N.C.B. Frank and his wife, Kathleen, purchased a Post Office in Mansfield,
and at the age of 50 Frank set up his own art gallery and framing business on Church Street
in the same town. However, in 1988, due to the success of his work, he sold the gallery and
became a full -time artist of high acclaim, with many of his paintings being held in private
collections around the world.
Frank passed away in 2016, aged 88, and in 2022 Kathleen decided to part with her private
collection of Frank’s work ahead of a house move. The paintings were included at Hanson’s
Auctioneers’’ Antiques and Collectors sale at Bishton Hall, Staffs. Hanson’s valuer, Faye
Dodsley, catalogued the collection and said that “Frank’s keen eye for detail enhanced his
artistic skills enabling him to produce a multitude of wonderful drawings and oil paintings,
over the course of many years. He took inspiration from the countryside on his doorstep
and created a broad range of compositions featuring rural scenes in Derbyshire,
Nottinghamshire and Yorkshire.” 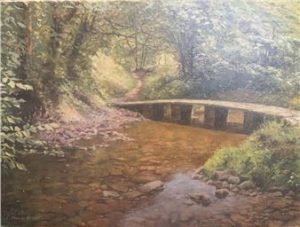 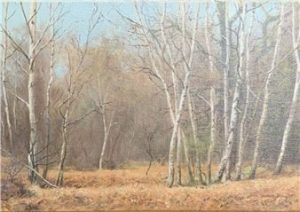 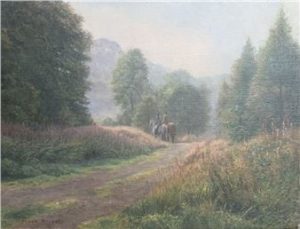 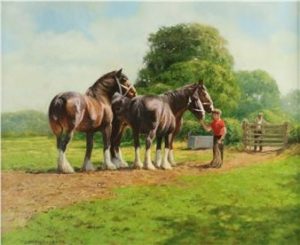