A much felt want has been met by the Colliery Company providing a Sports Ground and Pavilion at Edwinstowe, at a cost of about £3,000, exclusive of the land, which has been generously provided by the Company. The Sports ground occupies an area of 7 acres on the west side of the village and has been laid out for cricket, football and hockey as will be seen from the plan. It will be possible for football and hockey to be played simultaneously. A car park has been constructed at the entrance of the Ground in Fourth Avenue, and an attractive and well-designed brick-built Pavilion, will cater for the requirements of the various teams. The accommodation includes a central tea room, dressing rooms for home visiting teams, a kitchen and shower baths for the players and lavatories for the players inside the building and outside for spectators, as well as a scoring box on the first floor. 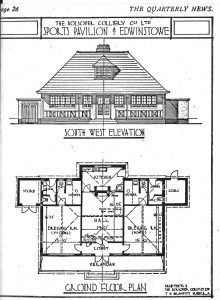 Messrs. Hodson’s Ltd, Nottingham have laid out the Sports Ground, and the Pavilion

has been erected by Messrs. H Rouse & Sons, Mansfield Woodhouse, while Mr T.N. Bramfitt, acted as the Architect. 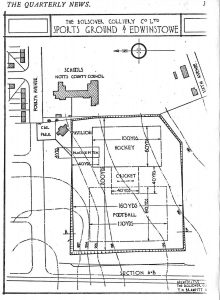 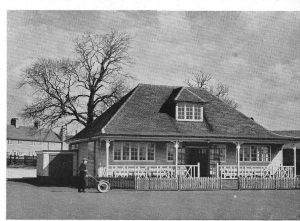 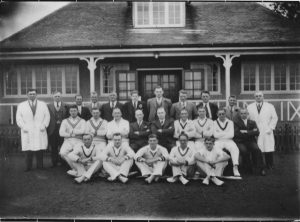 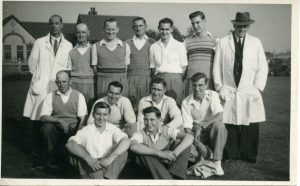 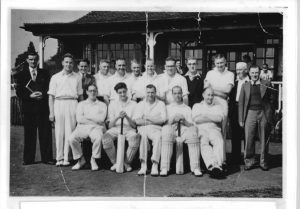 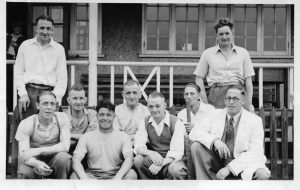 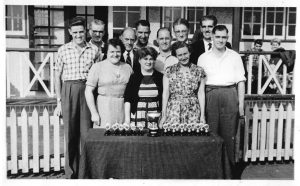