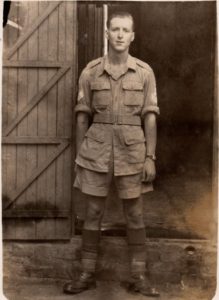 Stuart was born in Huthwaite and at the age of 3 came to live in Edwinstowe when his father secured employment at Thoresby Colliery.

He was educated in Edwinstowe, the Mansfield Boys’ Grammar School and then Sheffield Teachers’ Training College. He joined the Royal Engineers and served for three years with an Indian Army engineering company in the Burma Campaign building airfields. 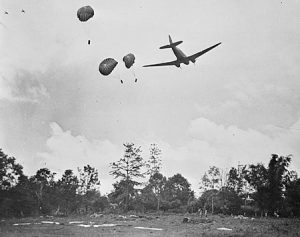 Stuart’s first teaching post after leaving the army was at the King Edwin School, Edwinstowe, and subsequently at Ollerton Secondary School and Garibaldi School, Forest Town.

Later in his career Stuart was housemaster at the Dukeries Comprehensive School, Ollerton before becoming a senior lecturer in general studies at West Notts College, Mansfield.

In retirement he was a volunteer at Mansfield General Hospital and King’s Mill Centre, Sutton, a member of the Hospital League of Friends and of the Mansfield Cancer Relief Macmillan Committee.

Below is a short film  showing the allied landing on Akyab Island as the Mars task force moves on Namhkam – Burma Footage where Stuart was based. 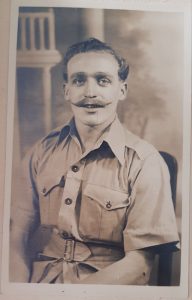 Vern Staley was born on Christmas Eve 1920 in Mansfield to Forester and Edith. The family lived in Bull Farm and moved to Edwinstowe in 1929.

He joined No.136 (Fighter) Squadron, Royal Airforce, ‘The Woodpeckers’ – which was reformed at RAF Kirton-in-Lindsey, Lincolnshire. The squadron became the highest scoring unit in South East Asia Command. The squadron’s engagements were Arakan Campaign 1942-43, Burma Campaign, Battle of Imphal. 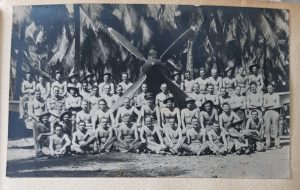 Vern was an engineer, building, maintaining and repairing Hawker Hurricanes initially, and later on Spitfires.

The squadron left Liverpool onboard the ‘Capetown Castle’ on 9th November 1941, destined for the Middle East to support Russian forces in the Caucasus. En route, however, following the news of Pearl Harbour, the destination was changed to the Far East.  Berthed in Durban from 18th December the ship sailed to Bombay on 24th, Vern’s 21st birthday, so celebrations were delayed until 1970 when the family held a long overdue 21st birthday party for him and friends. 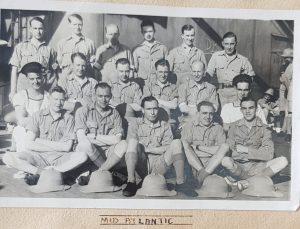 On board the ‘Capetown Castle’ India bound. Sleeping on deck, warm night with a beautiful moon shining. My thoughts are of home. It is not a very pleasant place to be on New Year’s day. Pray God let us be home before this year is out.

I don’t have the date he was demobbed but he was away from home for 4 years.

Information from his diaries and also from The Woodpecker Story by Sqn. Ldr. V. K. Jacobs, RAF

This information was provided by Judith Staley (daughter)

Born in the First World War, in 1916, John Austin George served proudly in Lord Mountbatten’s Combined Army, Navy and Air Force Operations in World War Two and was attached to the Intelligence Corps throughout his army career. John celebrated his 90th birthday on 28th June, an occasion which was greeted with generous applause by his fellow-worshippers at St Mary’s Church. A Welshman, born in Mountain Ash, Glamorgan, he enrolled in the South Wales Borderers in 1933, as a young drummer. 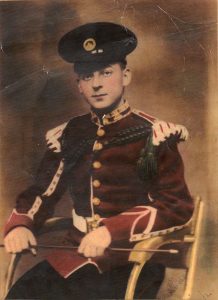 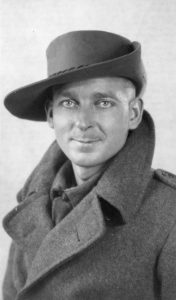 His first posting being to Catterick Camp, from where he moved to Tow Law, County Durham. During the six-year period of World War Two, his regiment changed its name several times and, through amalgamations with other Welsh regiments, it eventually assumed its modern title of the Royal Welsh Regiment.

John was confronted with several challenging situations, the most traumatic of which was in 1942, when he was serving in Poona, and he was in a coma for four days. He recalled that, when he regained consciousness and his nurse asked him what day it was, he replied, “Monday”, when, in fact, it was Friday. 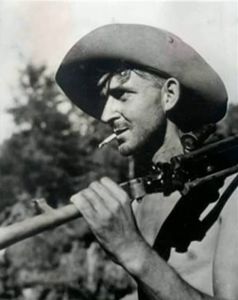 This picture was taken as John emerged from the jungle. It was used as the cover photo for the Campaign in Burma -HMSO, front cover of Quartered Safe Out Here and part of the back drop of the recent VJ Day 75 a Nation’s Tribute on Horse Guards parade, 15th July 2020, 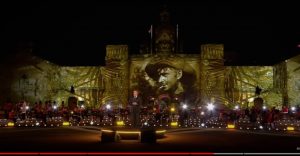 In Burma, he contracted malaria, a killer disease for which there was no effective treatment at the time. However, he survived and, when he returned to his hometown, a local chemist prescribed quinine which effected a complete recovery. John refused promotion on more than one occasion, but he was placed in temporary command of a platoon of Royal Artillerymen when they were stationed within the Arctic Circle, after the Battle of Narvik. He was stationed in Malta in 1936 supporting the Arab revolt. John is on the left, enjoying a time of relaxation with his fellow soldiers. 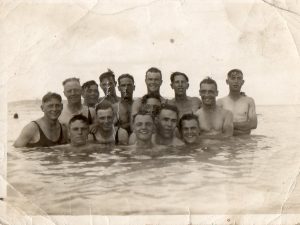 He witnessed many Norwegian wooden homes – very warm to the occupants in normal circumstances – burnt down by enemy incendiary bombs. He had a rare musical talent and he learned to play the drum and the cornet during his army service. After the war, he was a member for thirty-five years of the award-winning Thoresby Welfare Band. John was awarded an impressive array of medals: i) the Palestine Medal, awarded to those who helped to protect Palestinian oil wells and oil trains (John, when serving with the 2nd Battalion in Palestine was mentioned in despatches for his gallant or meritorious action in the face of the enemy) ii) the Burma Star; iii) the India Medal; iv) the George Medal; v) the Defence Medal, and vi) the W.W.2. Medal.

A committed Christian, John was an honorary life member of the YMCA, which he joined upon leaving school. John did well at school, and at the age of fifteen, he went to agricultural college as a trainee estate manager as well as helping in the family hotel, but when he came to live in Edwinstowe he started at Thoresby as a coal face worker. John had three children by his first marriage: Austin, Terri (Doris) and Christine. John first met his second wife, Marjorie, in Brecon Barracks, where she typed military records, and they were married in Southwell. Marjorie subsequently gave birth to seven children, Pauline, who became a nursing sister at King’s Mill Hospital, Janet, a teacher, David a tool engineer, Olwen, a Head Teacher and his carer, Trevor, Jaqueline, and Andrew. 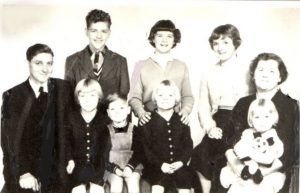 John, Marjorie and the family in 1954 – Edwinstowe 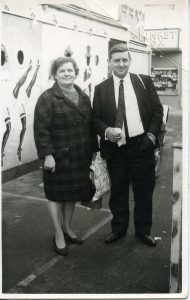 Marjorie, a nurse, worked for ten years at the Debdale Nursing Home in Mansfield Woodhouse, where she treated many serious injuries suffered by local miners, and was then placed in charge of the Sherwood Nursing Home and, after her supposed retirement, she nursed at Boughton Manor.

John’s first parade was between the 7th and 14th July 1934 at the Ravenshurst Castle, Gateshead. At the Northern Command Tattoo, when 2nd Battalion recreated the famous defence of Rorke’s Drift, young Drummer George was assigned to look after the veterans from the Zulu war. 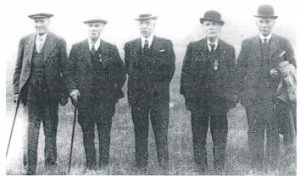 His last parade on the 13th July 2008 aged 92, by invitation by the Royal Welsh was at the rededication of the headstone to Pte James Marshall, a Rorke’s Drift defender at Ruddington. This was filmed for BBC national News. 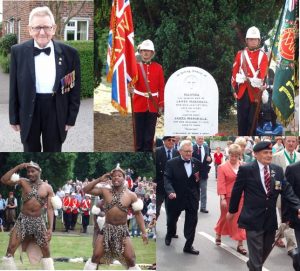