According to its Minute Book 1929/39, Edwinstowe held its first meeting in the Dormitories (Now the Craft Centre) on April 23, 1929.In the Chair was Mr C.E. Woodward, Manager, with 29 members present. This was to form a Social Club, to adopt rules laid down by the Company, and choose a committee. It was decided the Institute would be opened on Friday May 17. A meeting followed to consider alterations to the rules to enable them to open on Sundays from 12 noon till 1:30 p.m. A meeting was held to choose the brewery for deliveries of beer, spirits, tobacco and cigarettes.

Subscriptions were 2/- to the end of the year. Opening hours were from 10am to 10pm daily and on Sunday from 12 noon till 1:30 p.m. Four daily papers and two trade papers would be purchased. 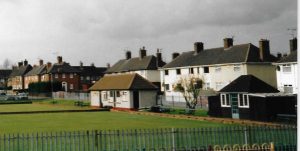 May 22 there were 47 members including W.H Perry Headmaster and S Herbert and L Jackson, farmers. On October 18th a Library in the upstairs room was to open with 500 books in stock.

A Christmas draw was to be held with 500 tickets at 6d each.

By February 14 the membership was 149 and an Outing Fund was started.

The committee agreed to purchase a piano and playing cards at a cost of £43 -10. In 1931 the membership was 270, the Tennis Club was allowed to hold meetings on the premises.

The Christmas Draw had forty-five prizes, the prizes were turkeys, geese, capons, joints of pork, which were usually collected on Christmas Eve, (with feathers still attached) to be eagerly (or not so eagerly plucked and drawn ready for Christmas dinner.

Another popular event of the year was the ‘Pit Trip’. This began in 1932 when two trains were hired to take 520 wives and 550 children and (husbands), to Skegness for the day.

The men paid into the Outing Fund weekly so that the women and children went free and were also given vouchers for two meals each. The total cost was £311-17-6 and the committee made a grant of £100 towards it.

For many this was the first time that they had seen the sea. It was so successful that it was copied by other villages. On later trips money was given instead of vouchers and tickets were given to children for free rides at the new Butlin’s Amusement Park. For the children of the village this was the highlight of the year.

By 1937 the present premises were far too small and Bolsover Colliery Company decided to build a new Club, the move over the road was just before the start of the war September 1939.

For many years before the red telephone box was placed on Fifth Avenue the only public telephone in the Colliery Village was in the Institute. This was used to call the Doctor or Midwife and for any other emergency. 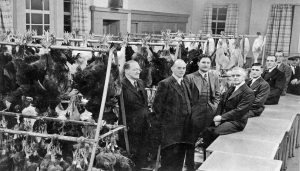 The Christmas Draw 1949.  The Welfare Committee. 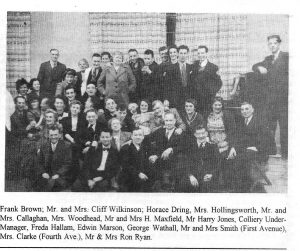 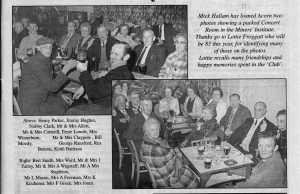 The Welfare Committee a trip to London 1947 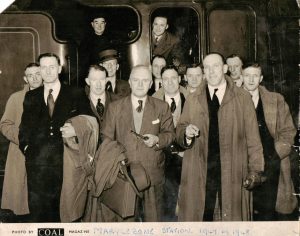 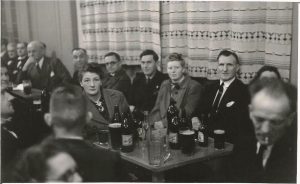 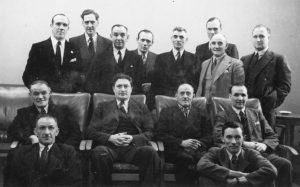 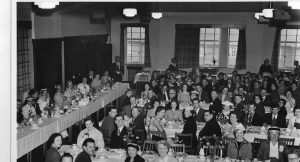 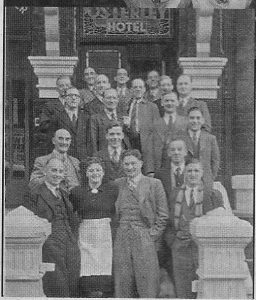 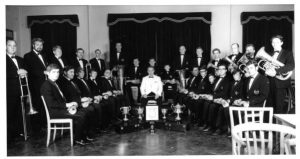 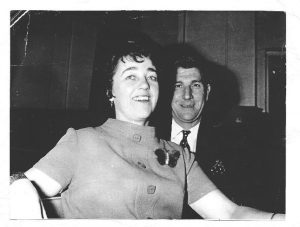 Colleen Grady, who lived with her parents Les & Rose the Steward and Stewardess of the Miners Institute 1970/78, shares her memories of ‘The Club’

During the Miners’ strike of 1972, a Strike Committee was formed for the benefit of the members and their families. Local shops and customers donated produce and in-between the power cuts members of the committee baked. Hampers of food were raffled off. Local talent provided services free in order to put on entertainment for the members, plus a host of other events.

During our time at the Club, we were burgled twice. On the first occasion panels of glass in the snooker room had been replaced, someone who had been drinking in the club that day returned after closing time, and removed the panels of glass, (the putty was still wet so could be easily removed), and managed to steal sweets and cigarettes.

On the second occasion two men managed to conceal themselves within the building when my dad locked up for the night. The men proceeded to try to steal the free-standing safe from behind the bar and as this task proved more difficult than expected they opened the fire doors and stole a wheelbarrow from a neighbour’s garden. They managed to load the safe onto the wheelbarrow, sadly for them the wheelbarrow buckled under the weight and the robbery was abandoned. They were later caught stealing handbags from the cloakroom in the Welfare Hall and admitted to the attempted burglary.

The Club had a major refurbishment in 1973. Every December members took part in games knockout competitions, darts, dominos and snooker, single players, doubles, and in teams. Prizes included fresh turkeys, ham joints, pork pies, spirits and chocolates. All were stored in the chilled beer cellar ready for collection as close to Christmas day as possible. Many pints were pulled when the prizes were collected.

My sister Lesley and I have many fond and happy memories of our time spent in the Thoresby Colliery Miners’ Institute ‘The Club’. 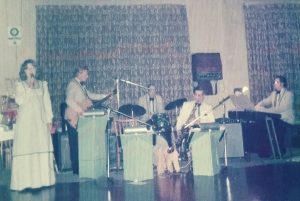 Colleen on the stage in the concert room singing with the Sherwood Five later known as the Dukeries Dance Band.

Mr & Mrs Albert Prince were the first Stewards in the newly built Institute followed by Mr Walter and Else Freeman. Mr Walter Freeman was tragically killed in a motor accident in the late 1960’s. 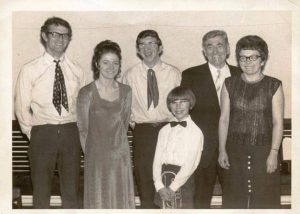 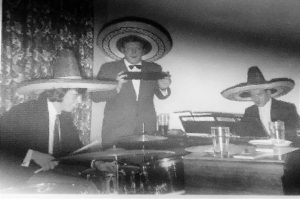 In 1993 all the functions of the Club were transferred to the Welfare Hall.

Alterations to the Welfare Hall included a Games Room, Lounge, ‘Snug’ area, Bar and Catering provision. The concentration of all of the Welfare facilities in one building was aimed at achieving the same level of services in the community at less cost. 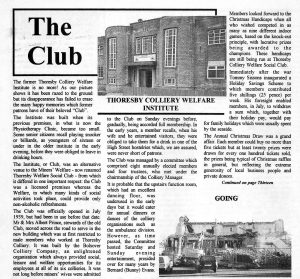 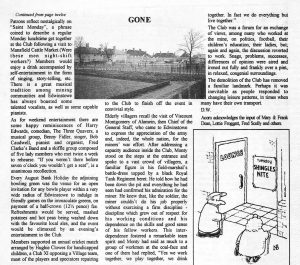 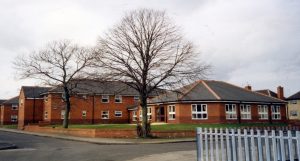