In 1962, two friends decided to start a group to cater for young mothers in
Edwinstowe. There were at that time, a number of groups for older women, but none
for the younger residents.

Posters were put up around the village asking if anyone was interested in forming a
group and if so to attend a meeting in the Welfare Hall. Over thirty young wives
attended the meeting and a committee was formed with Shirley Moore appointed
Chairman and Freda Brocklehurst, Secretary/Treasurer.
Committee members were Margaret Chapman, Enid Hind, Jean Morley, Maud
Johnson, Pat Brocklehurst, Jean Murfin, Margaret Gee, Marie Coulson.

The meetings were held every Wednesday evening in the upstairs room in the
Welfare Hall. (Often the Thoresby Band would be practising in the ballroom)
A yearly programme of speakers and outings was arranged which included cookery
demonstrations in Brackenhurst College, a visit to Landers Bakery, and mystery trips
often into Derbyshire. Every year, a Christmas party and a visit to the Pantomime
were arranged for the children, with a trip to Butlins Holiday Camp in the Summer. 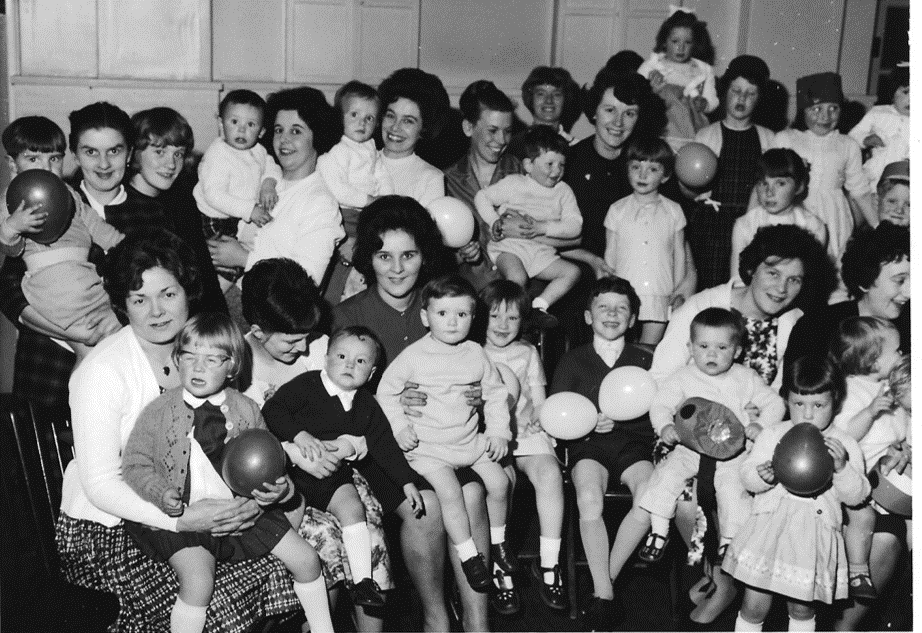 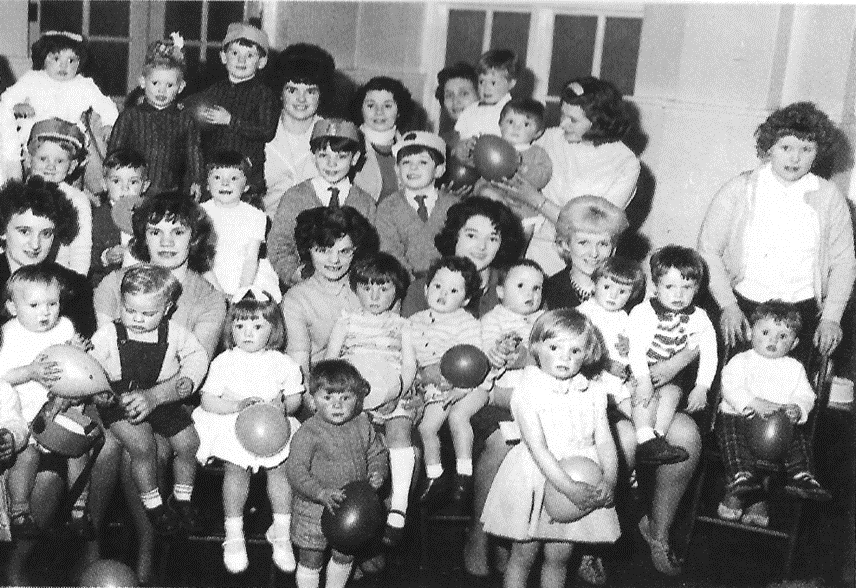 To raise funds the Wives organized a Buffet Dance in the Dukeries ballroom.
This proved so popular that soon they were organizing three dance nights every year
in the Welfare Hall devoting the proceeds to charity. They earned a fine reputation
for their excellent homemade refreshments, and their events were so popular that
they easily sold their limited number of tickets. 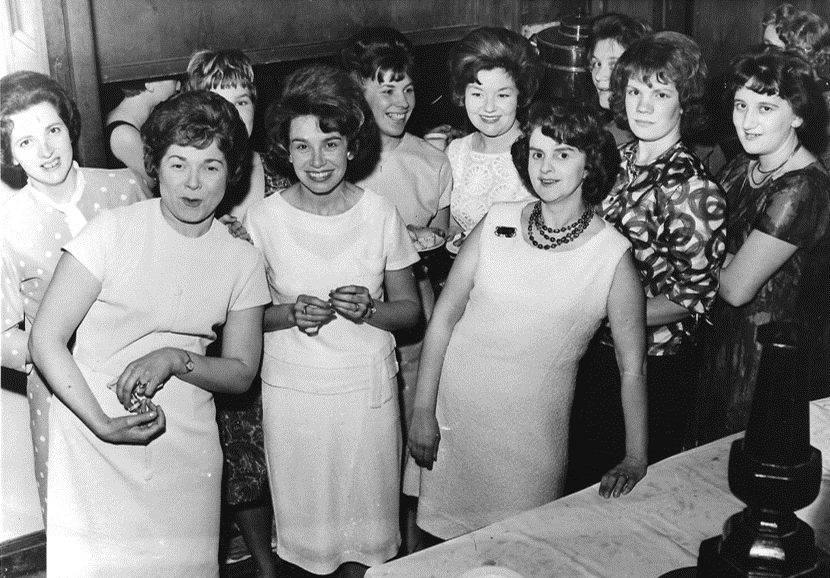 One of their dances funded the Parish Council’s purchase of chairs and tables.They
also provided funds for the annual Christmas party for the retired members of the
community. Recognised for strong supporters of community projects, the Wives took
part in a twenty mile walk to raise funds for the new St Mary’s School. 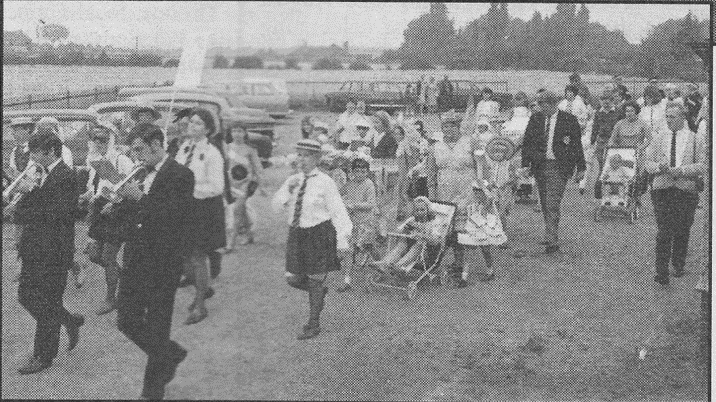 Every year the colliery organized a Gala, and one of the highlights was a parade of
decorated lorries through the village. One memorable year the Young Wives dressed
up a coal lorry to look like the Apollo 11 moon landing, covering the lorry with egg
cartons (saved by the members) and some of the Wives took part in the fancy dress. 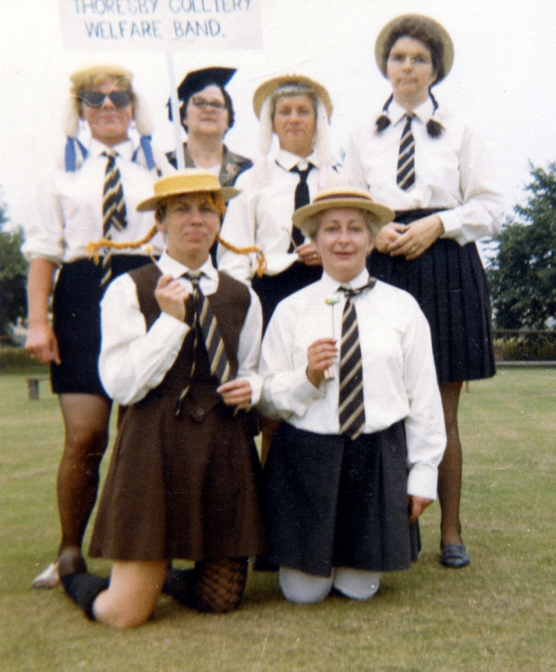 Jesse Peate, Maud Johnson, Doris Tucker, Jean Murfin, Shirley Moore, Freda Brocklehurst
They also organized a Pie and Pea stall during the day and the Gala Dance in the
evening. 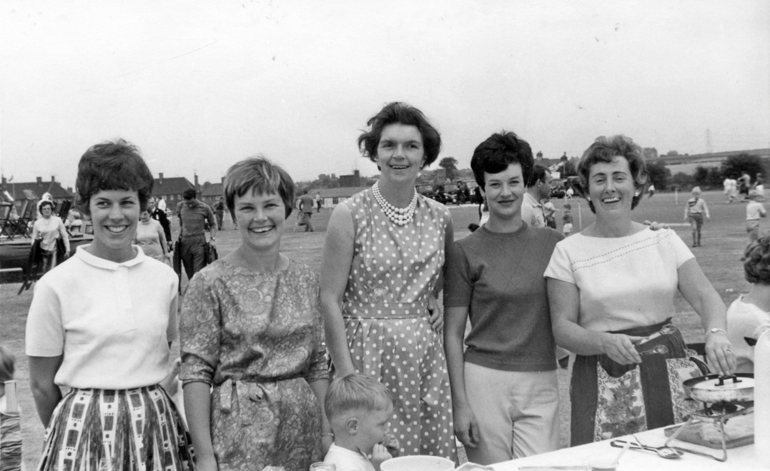 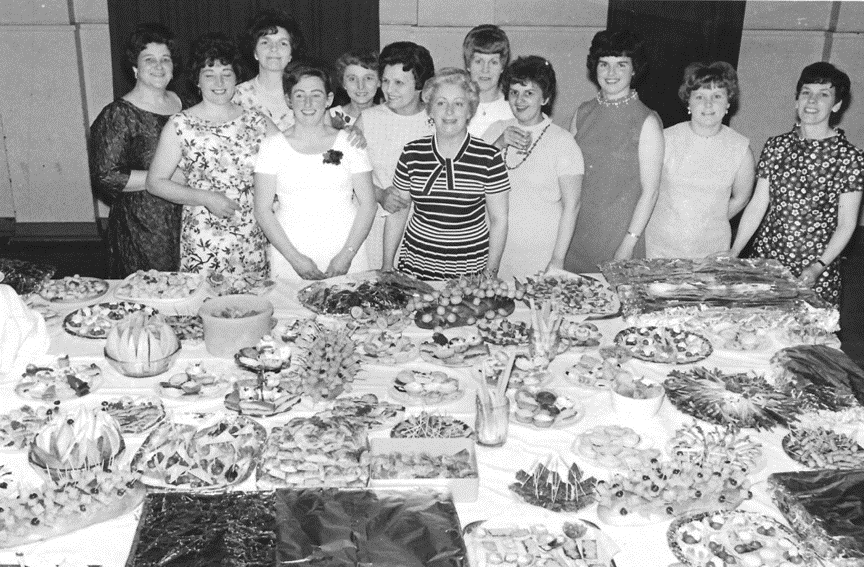 The day started at 5.30 a.m. with washing down the coal lorry and ended at midnight,
clearing up after the dance. The group continued for a number of years
welcoming young wives who came into the village to live on the Birklands Estate.
As the children grew older and many of the Wives started work the group was
eventually disbanded.