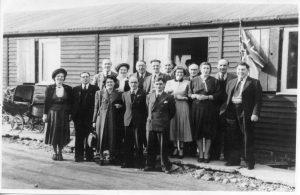 The photograph shows members of the Edwinstowe Labour Party with Mr George Deer, the newly elected MP for the Newark constituency in 1950. 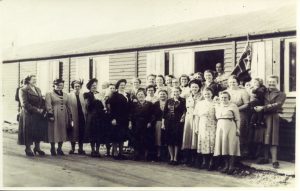 The Ladies Section of the Labour Party 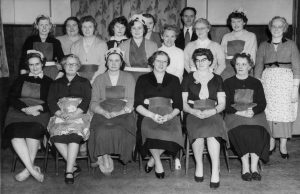 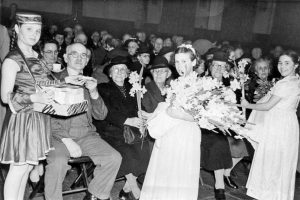 For many years the Labour Party provided a Christmas party for the pensioners in the village.

(May Day, also called Workers Day or International Workers Day, commemorating the historic struggles and gains made by the workers movement, observed in many countries on May 1st.) (Wikipedia)

Earl Manvers had been Conservative MP for Newark as Lord Newark from 1885 to 1900.

The Marquess of Titchfield was the member of Parliament for the Newark constituency 1922 /35. S. Shephard, Conservative, 1943/45.

As in many other colliery villages in the Dukeries area, the Edwinstowe Labour Party was formed after the second W.W.

In 1950, George Deer, Labour, was elected member of Parliament for the Newark constituency.