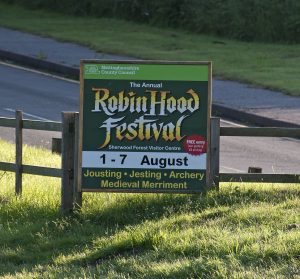 In 1984, the first of the annual Robin Hood Festivals took place, attracting approximately 40,000 visitors during the week. In following years, in August, the festival attracted around 350,000 tourists. These events recreated a Medieval atmosphere and featured the major characters from the Robin Hood legend and other links to the forest’s history such as its use as entertainment which included jousting, strolling players, falconry,  Strolling players, jesters and many in Medieval clothing.  During festivals, enactments representing WW1 and WW2 camps were included –   as a reminder of the forest’s use as an ammunition storage place especially during WW2. 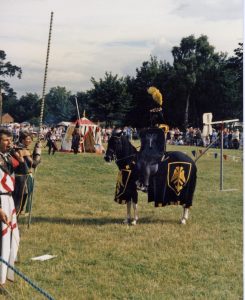 Below festival photos from 2013

The 33rd Robin Hood Festival in Sherwood Forest, 31st July – 6th August, was another fun-filled week of family activities. As well as, costumed characters, Medieval music, craft stalls and activities, falconry walks, twilight tales, there was an evening of ‘Medieval Merriment’. Once again, a very special event for Edwinstowe.

EHS were pleased to provide a display for the event. 2018 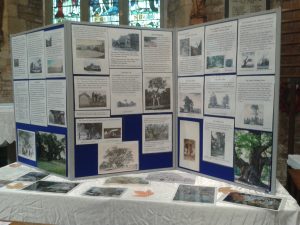