Sherwood Forest during and after World War II 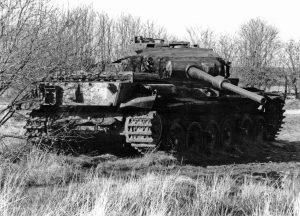 ” Post-war security for munitions being withdrawn the camp was converted first to a Prisoner of War (PoW) when it was forcibly closed as it was in such poor condition. Some of the later came to live at Thoresby, and three of these were still in residence in 1990s.

Camp then to a Displaced Persons Camp 1948-1953The German Prisoners of War were brought here to work on the farms. There was also a large camp of prisoners at Carburton. It was just past Carburton crossroads on the way to Worksop past the lodge on the left-hand side and up a lane that goes to Fairwood.

All the Germans had been sailors (U-boat/submarine prisoners) They were let out at night“, they could not get away as there was nowhere to go. The lads in the village, who had been in the navy during the war, used to sit on the wall on the corner, opposite the Royal Oak-near the Forest Lodge. The Germans would come walking by and the village lads used to talk to them about where they had been and when had they been taken prisoner.

Joseph Bennett, who worked at Thoresby Colliery, used to write to one of the prisoner, Freddie, who had worked in a pit in Germany. Joseph, worked on the pit top and Freddie had worked underground. Joseph asked Freddie why he was in a U-boat He shared that, ‘When they tell you, you go. They were going to shoot you. You don’t stand and argue! I hated every minute.’

His U-Boat, U-608, was sunk in the Bay of Biscay. He was rescued by the crew of the HMS Wren. He was given a picture of the Wren to keep and he was, ‘over the moon’ to be alive. “

Written by J Bennett for the Acorn

The Men of Edwinstowe who returned. 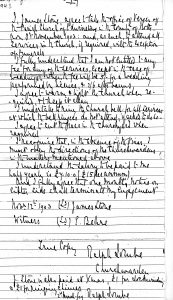