Surprisingly for a village some distance from the sea Edwinstowe was well represented in the Senior Service before the Second World War.

Stuart, who was taken prisoner in Crete, had served on H.M.S Bahram, which he was fortunate to leave before it exploded and sank in the Mediterranean.

Bill Moody joined the Skudd, a Norwegian whaler which was engaged in mine-sweeping in Sierra Leone and Lagos, Nigeria. Bill then joined the Ben Hern another minesweeper which plied the North Sea. 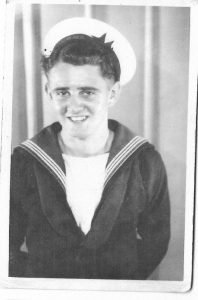 Pete (Pop) Mason served on the destroyer, Musketeer (an escort vessel with the Russian Convoy) which helped in the pursuit of the battle-cruiser Scharnhorst which was finally sunk on Boxing Day evening 1943. Peter recalls that very few of the Scharnhorst crew survived even though the British fleet scoured the icy waters for a long time. 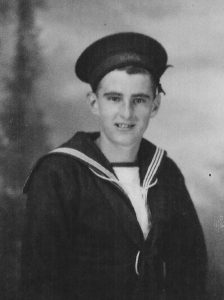