Gerald Askew – Thoresby Colliery surface worker and only son, Gerald enlisted in the Royal Welsh Fusiliers. On Sundays and holidays, he sold sweets and drinks on a Forest Corner stall.

Jack Foy – The only child of the Colliery Manager’s gardener, Jack worked in the Pit Offices before enlisting as RAF aircrew.

John Greenfield – The only son of Farmer Greenfield of Villa Real Farm, John was an RAF volunteer and aircrew officer. During potato-picking week in October, John rode a horse pulling a plough and cart along rows of potatoes. As potatoes were unearthed, children picked them up and threw them into the cart.

Eric Hoe – Leading Aircraftman Eric was killed-in-action while serving with the Queen’s Royal Regiment and is buried in a war cemetery in Marseilles, France.

Jack Jones – The only son of Thoresby Colliery Under-manager, Jack suffered with rheumatic fever in his youth. He passed fit to join the army in India but suffered a recurrence of this disease and died. Eric, Jack and I (Dennis Wood) spent many hours walking along the River Maun and in Sherwood Forest, stopping to swim in the river or throw a cricket ball. Eric played in Edwinstowe Cricket Club’s Second XI and always carried a cricket ball.

Jeff Lacey – Jeff worked for Farmer Greenfield who missed his youthful vigour and strength after he enlisted. Jeff’s family lived in a cottage, now dismantled, along a track opposite Sherwood Grange Nursing Home.

Ernest Reddish – Ernest, a qualified teacher, worked at a Worksop school before training as an RAF Navigator. 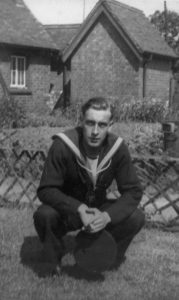 Charlie Reedman – The only son of a railway signalman, Charlie enlisted in the Royal Navy. He had worked as an apprentice shoemaker for Jack Lacey, the High Street Cobbler. Margaret Carter had written to Charlie who was her cousin, was shocked to receive this reply from his ship’s captain R.M.J Hutton” I’m sorry to have to tell you that Charlie was killed on the 13th October 1943 aged 23. 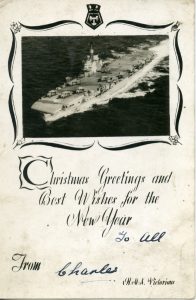 We were peppered by an enemy bombing raid and Charlie was hit in the head and died instantaneously “There followed a heartwarming tribute “For a long time Charlie’s duty was on the bridge next to me. He was one of the most level-headed and cheerful members of my team. Sadly only a few weeks after he was killed, the Laforey, a destroyer, was torpedoed in the Tyrrhenium Sea and all but a few members of the crew were killed.

Ralph Richardson – Ralph was the son of St Mary’s Churchwarden. Before he enlisted into the RAF, was a chorister and crucifer – leading the choir from the belfry to choir stalls at the beginning of Sunday services and to the War Memorial on Remembrance Sunday.

Harold Sperink – Harold was a stable-lad; he moved to Berkshire, served his apprenticeship and qualified as a jockey. He was the English Stable Boys’ Flyweight Boxing Champion. Harold served with Queen’s Royal Regiment and was killed in 1944. He is buried in the Gradara War Cemetery, Italy.

Charlie Winter – Only child, Charlie was apprenticed to Newton’s Family Butchers in the High Street. He was a familiar and likeable figure making deliveries on his purpose-built bicycle.

Oswald Woodhead – A Flight Sergeant, whose grave is in St Mary’s churchyard, Ossie was a travelling salesman with Brough’s, a northern grocery firm with a store in the High Street.

Charles Wright – Corporal Charles Wright, served with the Worcestershire Regiment, was killed in action in 1940 and is commemorated in the Dunkirk Memorial, Northern France.