“This fund was commenced at the outbreak of war and all the workmen at the Colliery contribute 3d in the pound on his wages. During 1943, a total of £ 4,695 was paid out , £3808 being paid to the dependents of serving employees, £737 to sons and daughters of employees and £130 to hospitals and family doctors for serving employees. At the present time, there are 114 employees on service, 58 married 5 with widowed mothers and 51 single. Four employees have been killed on service: J. White, Geoffrey Lacey, G. Askew, and G. Woodcock . Four employees are prisoners of war: Sgt. A Wagstaff, Pte. F G Mellors, Pte. F. Vernon, and G. Rowney , Four have been killed on service, A. Mendham, C. Burrows, O. W. Woodhead and R. Portman. 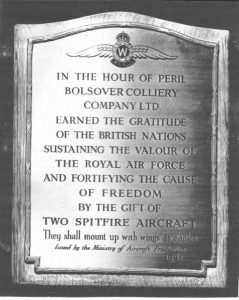 The following photographs and information were featured in the Bolsover Colliery Company Quarterly News 1944 –1945 – 1946. All were Thoresby Colliery employees or had a family connection with the Colliery & Spitfire Funding. 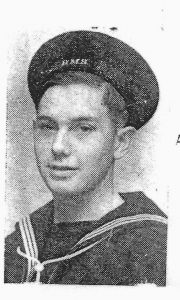 “Joe Bennett, Stoker 1st Class entered Royal Navy in 1942 and has been on almost continuous duty on Arctic convoys. The destroyer on which he is serving has taken a prominent part in the sinking of three U-boats. He was present during the Normandy landings on “D” day.  Finds life on the destroyer very tough but likes it.” 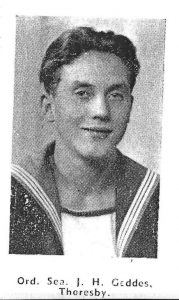 “Ord. Sea. John H Geddes, son of Robert Geddes, joined the Navy December 1943, serving in one of H.M L.S.Ts. Has been to France a number of times since “D” Day.” 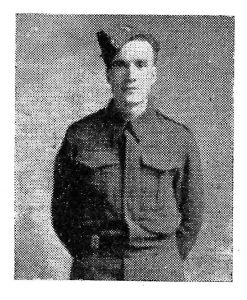 “Gunner B. Gozzard worked on the surface at Thoresby Colliery. He joined the forces in 1940 and served two year in Ireland. Transferred to Light Ack-ack  R. A now doing well against V, Bombs.” 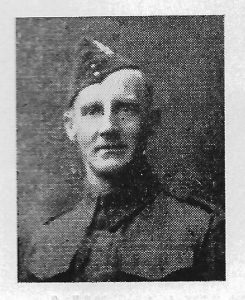 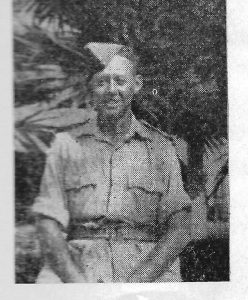 “Marine G. T. Fensom, he joined H M Forces in 1941 and served with the 8th Army throughout the Africa Campaign, then in India and Ceylon. Member of Thoresby Colliery Boys’ Brigade.” 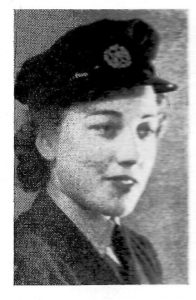 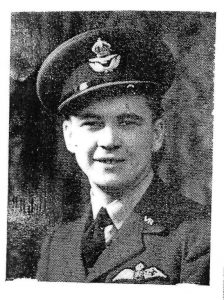 “F/Lieut. J. Revill, R.A.F.V.R. Volunteered in 1940 and was posted to Cardington aerodrome and later to Cranwell where he gained his wings and Commission in October 1941. He was a flying instructor for 2 years before transferring to Bomber Command. Then home on operational tour with the Halifax Squadron. An old Boys’ Brigade member. When stationed near London he played football for Crystal Palace and cricket for his station.” 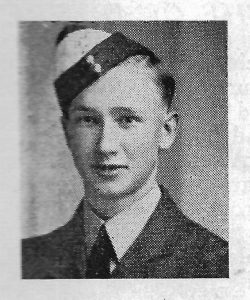 “AC/2 J. Breedon, an old member of Edwinstowe ATC. He joined the RAF and was sent to South Africa for training. Was a member of Property Repairs Staff.” 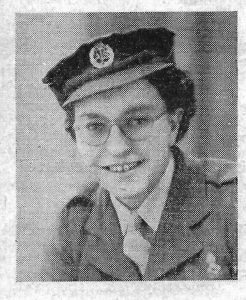 “Pte. Joan Hubbard, joined the ATS in January 1943. Before joining the forces she was a keen member of the Thoresby Girls’ Brigade for eight years.” 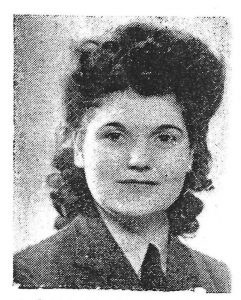 ACW/2  Iris Snuggs, daughter of Frank Snuggs joined the forces in May 1944, choosing the W.A.A.F. 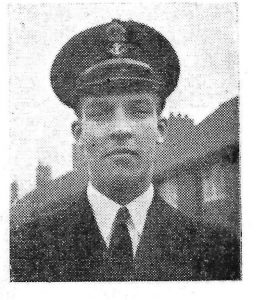 “P/O. P. D. Rogers, worked at Thoresby Colliery prior to joining the RAF in 1941. He trained in Canada. He was commissioned in 1943 and was on operations in Africa and Italy. He had flown over 70 sorties. Old Boys’ Brigade member.” 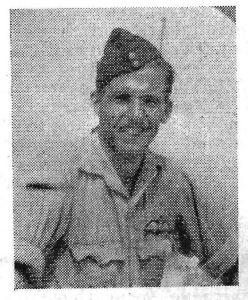 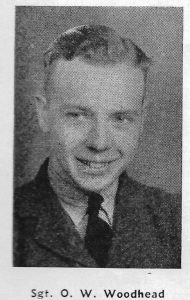 “Sgt. O.W. Woodhead, volunteered for RAF June 1940. He served with the 21st Squadron . Killed on active service December 1942 when returning from an operational flight.” 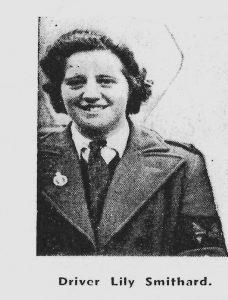 “Driver L. Smithard WLA, An old member of Thoresby Colliery Girls’ Brigade before joining the Land Army. A report taken from the Evening Standard, gives some idea of the good work being done by the WLA . Two land girls – 20 year-old Lily Smithard and Margaret Incles, who is 18, were today planting potatoes on land which has lain uncultivated for more than 40 years at Widmer End Bucks. Bumping over the furrows with Jenny, their tractor (She’s a pet explained sun-bronzed Lily who drives her) they get a special satisfaction from these jobs re-claiming these lost acres.” 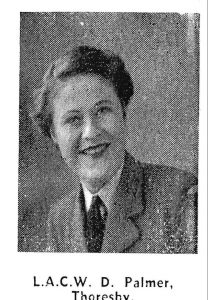 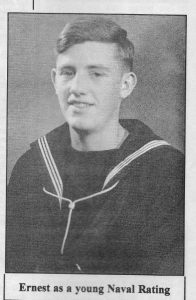 Ernest Birdsell enlisted at the age of 17 and after a number of months training fulfilled his boyhood dream of joining the Royal Navy. Ernie was eventually posted to Canada where the Royal Navy’s task was to test the newly-built men-of-war. In April 1945, Ernie was caught in a blinding explosion that engulfed the boiler room in flame. He was taken to Shaughnessy Military Hospital in Vancouver where he spent the next two years undergoing the long process of skin grafting to over 50% of his body. Ernie was then fit enough to travel to Southhampton, on the SS Aquitania . After a spell in Gillingham Hospital, he was moved to Queen Victoria Hospital East Grinstead which had been developed during the Battle of Britain to deal with the horrific facial and hand burns which pilots and other air crew sustained when their planes caught fire. A New Zealand surgeon, Sir Archibald McIndoe had pioneered the operative techniques which transformed cosmetic surgery and gave recognizable faces to men who had been burnt beyond recognition. Ernie was discharged in 1949, still only 22 years of age. 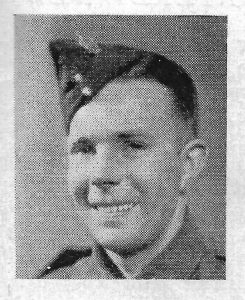 “L/Bdr. Thos Woodhead, employed on the screens prior to joining H.M forces in May 1940 and went to the Middle East in November 1940. He served through the Desert Campaign to Benghazi, then in retreat reached Gazala, but was cut off but came through enemy lines to Alamein to Endfidaville. Took part in the invasion of Sicily and was at Catania. Returned to England in November 1943. He went to Normandy on “D” plus 4 and was with the first British troops to enter Brussels.  At present he is in Holland.” 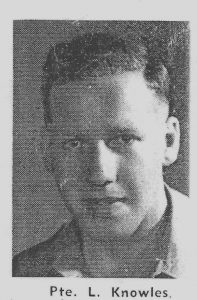 “Pte. L. Knowles, son of W Knowles of Thoresby Colliery. He joined up in 1940 and served with the 8th Army throughout the African Campaign, then in Italy and at present is on another front.”

“Officer Cadet Jack Jones. In 1943, Jack Jones was Head Boy of Queen Elizabeth’s Boys’ School Mansfield and secured an officer-cadetship in the Indian Army. He left for training in the East in February and died aged nineteen years on September 16th 1943 of enteric fever at the British Military Hospital Mhow, Central India. Jack was a good sportsman and keenly interested in Army life. He was the son of Mr. H. Jones Under Manager Thoresby Colliery.” 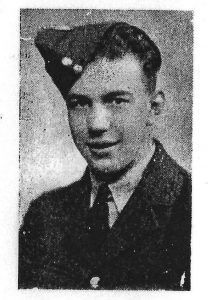 “Sgt. John E. Foy, volunteered for the R.A.F in February 1941. He was Flt. Engineer on a Lancaster bomber reported missing July 1943. This was his eighteenth flight over enemy territory. He was employed in the offices at Thoresby Colliery for three years.”